It’s been a while since my last blog post, due to the holidays and such. This design is inspired by some Jugendstil spoons from a museum in Ålesund, Norway, where I went to last February. 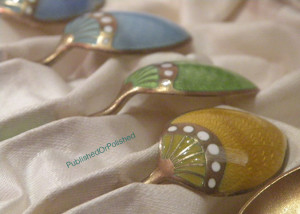 The small city of Ålesund has a lot of Jugendstil architecture, mainly visible in the decorations on almost every building. It is a beautiful place on the west coast of Norway and I would definitely recommend visiting it!

As soon as I saw the spoons, inconspicuously placed among a whole lot of other stuff, I realised that they would make a great design. At first, I wanted to duplicate the colours as much as I could, but I decided that the colours that I had in possession would not complement each other very nicely, so I chose some beautiful pastel colours instead.

I used a dotting tool for the broad arcs and a striper brush for the thin vertical lines. 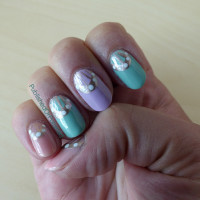 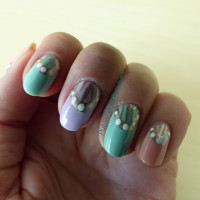 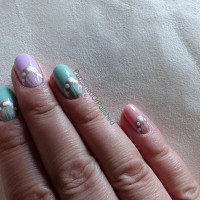