Today: a very easy but very charming mani that even earned me a random compliment at the shoe store! I made this design because I wanted to try out these cute tiny little pearls I ordered on Bornprettystore. I bought a small kit with several sizes of these pearls, and it came together with some tweezers, which was immensely helpful for picking them up. 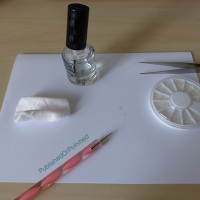 I started with a base of the richly pigmented and very beautiful I Saw.. U Saw.. We Saw.. Warsaw by OPI. Then I just added some stripes for fun and put the pearls in between. The pearls are only on one nail of each hand. Since I did not know how long they would stick, I decided that putting pearls on every nail was a bit much. Especially because they feel so strange, sticking out like that! So on the other nails, I just made some dots with a pearly white colour.

To hold the pearls in place, I used a top coat as an adhesive, after having sealed in my design with a top coat before adding the pearls. I didn’t, however, apply a top coat after placing the pearls. This is probably why at the end of the first day, only four stones were left (and I was being so careful!). Three days later, only one stuck around…

I probably need to experiment some more with pearls and rhinestones and such (trying nail glue next time?) but I do really love the result! 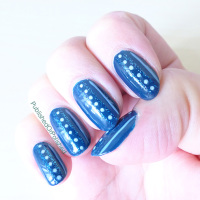 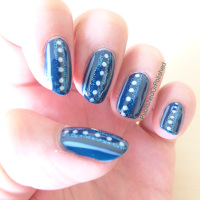 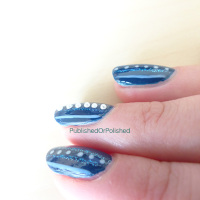 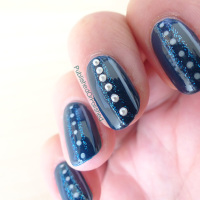 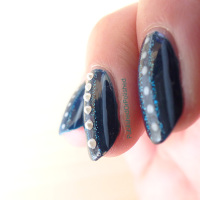